I am very excited to be joining the administrative team at Lincoln County High School as an Assistant Principal/Curriculum Coordinator. I began my career in Lincoln County in 2004 at Lincoln County High School as a teacher. My teaching experience included Biology, Honors Biology, Physical Science, and Forensic Science.  During the 2013-2014 school year, I served in the district office as the K-12 District Data and Instructional Coach. Then I served as the Assistant Principal/ Curriculum Coordinator at NGA from 2014-2019. When NGA closed, I had the opportunity to open Lincoln Central Academy where I served as the principal and oversaw the virtual school and alternative learning programs.  Later, I also served as the district Pre-K Supervisor for Lincoln County Schools.  I was honored to be selected as the Lincoln County Schools, Principal of the Year for 2021-2022.

I am happily married to Scott Clemons and we have two daughters, Raegan and Maclane.We enjoy spending time fostering our daughters’ love of dance as they both dance competitively and Raegan is a member of the LCHS Dance Team.  Our family can be seen at many Lincoln County High School events.  We share a deep love for the community and the Lincoln County Falcons. Our family continues to reside in Lincoln County.  We enjoy spending time together outdoors, especially at the lake.  I am humbled and honored to have the opportunity to return "home" to LCHS and serve in this capacity. I am look forward to an exciting year. Go Falcons! 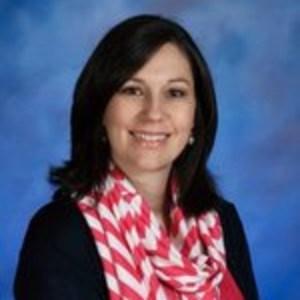